You are here: Home | Our Firm | David P. Faulkner 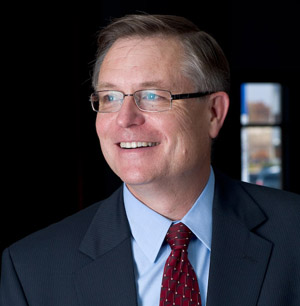 Founding Partner, Retired from the Firm

David Faulkner brought over 35 years of trial experience to the firm. A gifted communicator and a seasoned advocate, David consistently developed trial themes that juries appreciated. He was one of only two practicing Rockford trial attorneys who is a Fellow of the American College of Trial Lawyers – – the nation’s premiere, invitation only, trial lawyers association to which no more than 1% of attorneys in a given jurisdiction may be admitted.

David had been at the center of the Office’s trial practice in its current and prior forms for over 20 years. In 1983, Mr. Faulkner started the Rockford Office of Lord, Bissell & Brook and ultimately served as the Office’s Partner-in-Charge until 2002, when Lord Bissell chose to emphasize its corporate practice. Through Lord, Bissell and Brook, a major Chicago firm with an international practice, Mr. Faulkner represented Fortune 500 corporations and major national and international insurers. The Offices’ trial clients, in 2002, continued to turn to David as their lead trial counsel, first with Faulkner & Jensen LLC and then with Faulkner Spears & Chudoba LLC.

David formally began his legal career as a law clerk to the Honorable Stanley J. Roszkowski of the United States District Court for the Northern District of Illinois, where he gained valuable experience in observing trial practice from the “other side” of the bench. He is a graduate of the University of Illinois College of Law, where he served on the University of Illinois Law Review and received the Waterman Prize for Moot Court Excellence. He suspects his career as a trial advocate actually began informally at the University of Southern California, which he attended on debate scholarship and was elected co-captain of the USC Debate Team.

Mr. Faulkner is highly regarded by his peers. Peer surveys have resulted in Mr. Faulkner receiving the highest possible rating from the nationally recognized Martindale Hubbell attorney rating service, as well as admission into the Leading Lawyers Network. He is a long-standing member of the Winnebago County Bar Association, over the years having served as Chairman of the WCBA’s standing committees on Medical-Legal Issues, Federal Practice and Public Relations. Mr. Faulkner is a frequent lecturer on trial and tort liability issues, having addressed such groups as the Illinois Institute of Continuing Legal Education, the Chicago Metropolitan Health Care Risk Management Society, and the Illinois Provider Trust. He is licensed in both Illinois and Wisconsin, as well as being admitted to the United States District Court for the Northern District of Illinois.